A BIT ABOUT US

Cardinal Red Management works with organisations to build their capacity to approach grants, tenders and project management in a strategic, sustainable manner.

In short, we support local governments, not-for-profits and businesses to cross the chasm between project opportunity and outcomes. Whilst we are based on Queensland’s beautiful Sunshine Coast, we have a soft spot for, and a unique knowledge of, rural and remote Australia.

Delivering projects on time, on budget and to plan helps us rest easy at night; whilst building capacity and economic diversity to enable our communities and businesses to be more sustainable makes us bound out of bed each morning.

HELPING YOU ACHIEVE PROJECT SUCCESS THROUGH:

Including the development of grant and tender applications from start to submission.

Ensuring you are prepared to apply for funding before a funding program opens.

Delivering projects on time, on budget and to plan.

Learn the tricks of the trade through our interactive project planning and grant writing workshops. 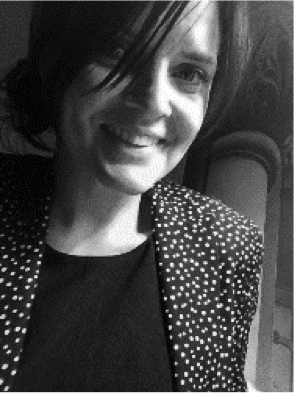 With over 15 years’ experience working with both corporate and not-for-profit organisations throughout Australia and New Zealand, Kymberlee is the managing director of Cardinal Red Management.

Whilst studying a Bachelor of Arts (majoring in Criminology and Australian Indigenous Societies) at Monash University in Melbourne, Kymberlee cut her teeth on a host of international events at one of Australia’s leading bodies committed to preventing alcohol and other drug problems in communities around the nation.

During this time, Kymberlee was also involved in the development of the Good Sports Program which has now grown into the biggest health initiative in Australian sport focusing on alcohol, smoking, obesity and mental health.

Kymberlee then moved to a professional conference management company, where she worked on a myriad of events from conception through to delivery. In 2008, Kymberlee coordinated the 8th World Indigenous People’s Conference on Education which attracted 3,500 people. This event transformed Rod Laver Arena and Melbourne Park, the home of the Australian Open, into one of Australia’s largest conference and exhibition venues, and claimed Meetings and Events Australia ’Association/Government Meeting of the Year’ in 2009.

In 2011, a heavy vehicle diesel fitter was behind Kymberlee’s move to the regional Queensland town of Emerald, the home of sapphires and sunflowers. It was here that Kymberlee put years of writing sponsorship proposals to use and began developing grant applications for the regions peak economic and tourism development agency and for local government.

Now residing on the Sunshine Coast (with the heavy vehicle diesel fitter!), Kymberlee holds a Certificate IV in Volunteer Program Coordination and is currently studying a Diploma of Project Management.

Enough about us, we want to hear about YOU